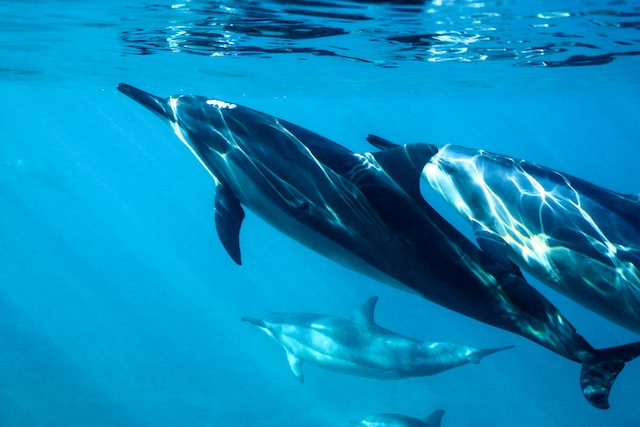 In astrology, animals represent many Zodiac signs. However, Aquarius is represented by the water bearer. According to Greek mythology, Uranus, which rules Aquarius, is known as Ouranos. From his and Gaia’s copulation came the Titans and great Greek gods. The following are the 5 spirit animals that best represent Aquarius:

These are the best aquarius spirit animals that represent the qualities of the Aquarius zodiac sign.

Cockatoos are beautiful birds. These are the reasons that one of Aquarius’ spirit animal is the cockatoo:

They love to talk

Cockatoos are known for mimicking the sounds around them, including conversations. Hence why Mercury, the planet of speech, does so well in the sign of Aquarius. Mercury in Aquarius people are known for pulling information from out of nowhere.

Aquarians are also air signs. Air signs are known for their intellect and excellent communication skills. As a masculine sign, Aquarians are outgoing just like cockatoos.

They stand out from the crowd

Aquarius natives are known for being unique. They are extremely eclectic and tend to stand out from the crowd, just like their spirit animal the cockatoo. Cockatoos have a unique look about them, from the prominent feathers that sit on top of their heads, to the giant, curved beaks that protrude from their faces.

Cockatoos also come in a variety of different colors. Each one of them has such a unique, colorful look to them. From the black and orange Palm cockatoo, to the pink Major Mitchell’s cockatoo, no variety of cockatoos look the same.

The dolphin is one of the most interesting creatures of the sea. There are many reasons that it represents Aquarius:

Dolphins are one of the most intelligent creatures of the sea! They are the second smartest creatures in the entire world – only second to humans. They are well known to be great problem solvers, and are able to understand situations in depth. Dolphins have brains that are larger than that of a human!

Aquarius natives are known for being extremely intelligent. The famous Serbian-American inventor Nikola Tesla had Aquarius’ ruler, Uranus, on his Ascendant. Hence why he was so well known for his intelligence and innovation! Albert Einstein had Uranus in his third house of the mind, which caused him to be an absolute genius. The third house rules the mind and Uranus rules genius.

Although Aquarius is an air sign, it is naturally represented by the water bearer. The water bearer is depicted pouring water from a large jug. There is a connection to Aquarius, in Greek mythology, flooding the Earth.

This beautiful animal is well known for being friendly. Some even speculate that dolphins purposefully seek out social interactions with humans. Aquarius is known as the humanitarian of the Zodiac.

There are different reasons that the zebra represents Aquarius. Here they are:

Zebras stand out from the crowd

Zebras are the most unique animal if you really think about it. Nowhere on this Earth do you see such a unique looking animal! Is a zebra black with white stripes or white with black stripes? No-one knows. The unique mane of a zebra sticks out from its spine, furthering its unique appearance.

Aquarius is the most unique and eclectic sign of the Zodiac. Most Aquarians feel like the black sheep, like they never fit in anywhere. An Aquarius can try their best to fit in, but they will always stand out from the crowd.

Zebras are well known for being unpredictable and, at times, aggressive. They have a powerful kick that they utilize to defend themselves out in the wild. Aquarius is the most unpredictable sign of the zodiac. Its modern ruler, Uranus, is actually the planet that rules unpredictability and sudden, shocking changes. Aquarians can also be rather assertive like the zebra.

The otter is the animal that best represents the sign of Aquarius according to the Native American Indians and their “Earth Astrology.” Here are a few reasons why:

They are mainly water animals

Although Aquarius is not a water sign per se, they are represented by the water bearer himself. As mentioned previously, the water bearer is depicted pouring his giant jug of water over the Earth. Otters are considered to be semi-aquatic animals, meaning they can live in the water, but can also walk on land. The symbol of the water bearer depicts both water and land in astrology.

They have “thick skin”

Sea otters actually have the most dense fur of any animal in the world. It’s estimated the river otters have 2.6 million hairs per square inch of their body. That’s a lot of hair! Figuratively, Aquarius natives are similar. Although Aquarius is a friendly sign, they can be quite detached, especially on an emotional level. Being the black sheep of the Zodiac, they can take a while to warm up to you. Saturn, the traditional planetary ruler of Aquarius, actually rules coldness and detachment.

Otters are rather intelligent

These beautiful animals are well known for their intelligence. Otters are actually said to be one of the most intelligent animals on the face of the Earth! Aquarius is also known for being an extremely brilliant sign. Some claim that they’ve even taught otters how to complete puzzles and play basketball. Wow!

Owls are stunning, large birds that are mainly nocturnal. Here are some reasons they are one of the spirit animals of Aquarius:

Owls are well known as a symbol of wisdom. Aquarius people have a streak of wisdom and genius that is incomparable to the rest! Famous inventor Steve Jobs had his natal Mercury (mind) in the sign of Aquarius, the sign of innovation and genius!

Owls are mainly solitary creatures, preferring to hunt and live alone. Although Aquarians are friendly, they are known for their detached demeanor. Their traditional ruler, Saturn, is the planet that rules loneliness.

Owls are very unique birds. They can turn their heads 270 degrees, to see predators and prey. They are also very unique in regards to their physical appearance. From the majestic white Snow Owl, to the odd-faced Barn Owl, no two species of owls are the same! The unique, innovative, and individualistic Aquarius is no different.

Aquarius natives are the most intelligent and unique people around! The most innovative and intelligent people in the world have a strong Aquarian influence, from Nikola Tesla to Albert Einstein. You can choose to associate the sign of Aquarius with the amazing cockatoo, intelligent dolphin, eclectic zebra, aquatic otter, or wise owl, but there is one thing that rings true for all, there is no one as unique and innovative as an Aquarius!