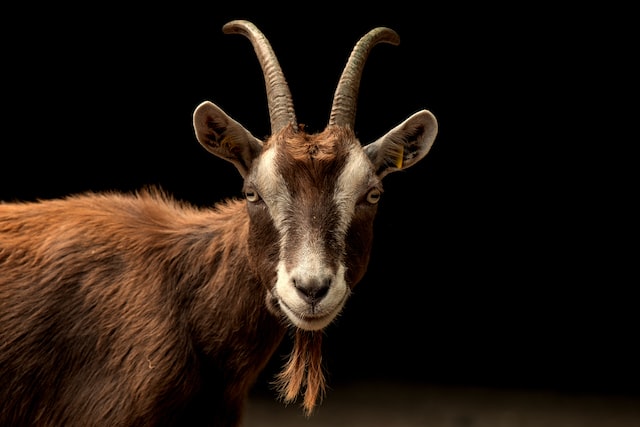 Capricorn is one of many Zodiac signs represented by spirit animals! This femine, Cardinal, Earth sign is stable, practical and wise. The following article explores the 5 Capricorn spirit animals that are most connected to it!

In Western Astrology, Capricorn is represented by the goat.

Here are some of the reasons that the goat is one of Capricorn’s spirit animals:

People don’t realize this, but goats actually love climbing mountains and getting right to the top of them. Their balance is amazing, and they won’t stop climbing, until they have reached their goal.

This is similar to Capricorns, who are the most ambitious of all the Zodiac signs, and don’t stop climbing the (usually corporate) ladder, until they get to the top and reach their goals.

Goats don’t give up. If they fall, they will get back up and climb, or carry on with whatever they were doing. Capricorns, too, are extremely persistent. These people don’t give up. If something is in their way, they handle it, usually with a lot of planning and without fear.

These animals are associated with mystery

Remember – Saturn rules Capricorn, and symbolizes restriction and discipline. In Greek mythology, Saturn is the Titan Cronus, who ate his children, who was not beloved by many. At the end of the day, it must be remembered that Capricorns are incredibly powerful beings who must be respected.

The American bald eagle is the national bird of the United States. There are a few reasons that it is a spirit animal of Capricorn:

These birds symbolize much power

These stunning birds symbolize courage, focus, freedom, strength and power. They are respected and revered in the animal kingdom, much like Capricorns in their place of work – where they are usually the CEO or head manager.

The wingspan of an American bald eagle is 5.9 to 7.5 feet. That is ginormous! Capricorns, too, are usually very tall. Both them, and Aquarians (also once ruled by Saturn), are often over 6 foot tall, if male, and over 5 foot 6, if female. Many people with Capricorn Ascendants will often be very tall!

These birds enjoy having a “bird’s eye view” of everything! They often nest close to where there is enough food. They will create their nests in cliff tops, and rock promontories, so they can have a wide view of everything below.

Capricorns are a Zodiac sign with power. They like staying on top and watching everything below. They organize and structure things within companies, and delegate duties well. They really love keeping an eye on everything from atop.

According to the Native American Indians and their “Earth Astrology,” the Snow Goose represents Capricorn.

Here are the reasons why:

They show respect for tradition

When it comes to their nesting grounds, snow geese show respect for tradition. They allow experienced nesters to have the very first choice of nesting sites, keeping nests far apart from one another.

This is typical Capricorn behavior, as they respect the old ways and tradition. They also respect their elders. They also appreciate their personal space.

Snow geese nitpick and will spend a long time picking insects, and the like, off of one another. This is typical Capricorn behavior. If something is not where it should be, they will clean, organize and structure things, so that everything is in place.

They also, literally, “nit-pick”, finding fault in the silliest of things, like if there is a speck of too much dust, here or there.

These geese mate for life, but will find a new partner if theirs gets lost or dies. Capricorns are also exceptionally loyal and faithful. They don’t believe in divorce. They want a well-structured home, with the male partner in charge, and the female more domesticated. They command loyalty as well.

German Shepherds are a beautiful breed of dog. Here are the reasons they are a perfect Capricorn spirit animal:

German Shepherds are associated with authority

German Shepherds are the number one dogs used in police work and the army. They are intelligent, learn quickly and are very strong. Capricorns are also associated with authority. Many Capricorns are in high positions in the police force and army.

These dogs enjoy learning and progressing

Teaching these dogs commands is a step-by-step process that they enjoy. They learn, and with enough practice, then go on to the next lesson, until they actually “graduate” and know all of their commands.

Capricorns also love the process of going through step-by-step processes, as they have the patience. They enjoy studying and acquiring more knowledge and progressing. People of this Zodiac sign enjoy all the accolades that come with “collecting” degrees, until they end up with their “Masters.” Many have MBAs.

They are very protective

German Shepherds have been known to fight to the death for loved ones. Capricorns hold a lot of authority, and should any harm come to anyone they love, they’ll destroy that person – usually through legal means.

According to Vedic astrology, the crocodile is a Capricorn spirit animal. These are the reasons why:

When hungry, crocodiles position themselves in the water, waiting for prey to come. They don’t mind waiting for a long time, until they see their prey and go for it!

Capricorns are also incredibly patient – remember, Saturn (Cronus) rules them, and is the lord of time. Capricorns, by the way, are always exceptionally punctual, as opposed to their Zodiac opposite, Cancerians, who are often notoriously tardy.

These reptiles have thick skin

Crocodiles have incredibly thick, scaly skin which protects them. Capricorns also have “thick skin.” They don’t get hurt too easily, and if they do, they definitely don’t show it – especially in public. For this reason, some people think Capricorns are “cold” people. Actually, they’re not – once you get to know them!

They are able to live on land and water

Crocodiles do not have one-dimensional habitats. They are able to live in the water, and on the land. They are adaptable, and move where they need to, to get food and be comfortable. They bury their eggs in the earth.

Capricorns are super focused, and although they like the comfort of their environment, if they need to adapt, in order to progress, and make things more available to them, they will!

Which Capricorn Spirit Animal is Your Favorite?

Capricorns are vital to the Zodiac world. They provide a stabilizing energy that is very authoritative, and create structure and order in the world. They also place the importance of time. Capricorn is ruled by Saturn which rules Karma too!