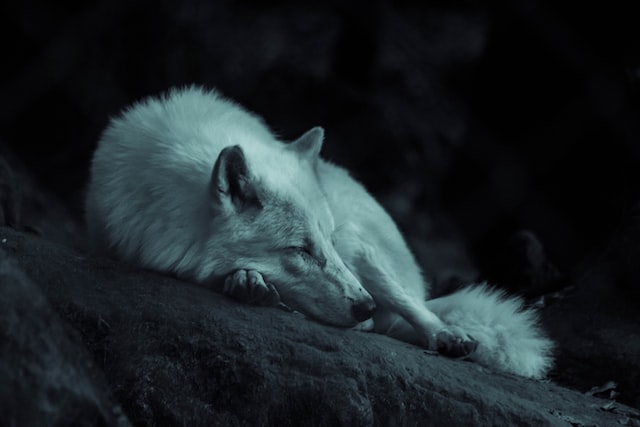 In astrology, animals represent the majority of Zodiac signs. Only one sign is symbolized by an inanimate object – Libra. Libra’s symbol is the scales, which depict their sense of balance, justice, and equality. However, there are some animals that embody Librans perfectly. The following are the 5 Libra spirit animals that best embody the sign:

Libra is ruled by the planet Venus. Venus rules over beauty, partnership, and affection, words synonymous with rabbits.

These are the reasons that one of Libra’s spirit animal is the rabbit:

Rabbits are known to be loving, affectionate, and friendly creatures. Some claim that they are just as loving and affectionate as dogs or cats! Libra rules love – and rabbits are oh-so-ever-loving!.

Rabbits are such beautiful, furry creatures that just make you want to hold and cuddle them. Libra rules over love, affection, and beauty. Librans are typically very beautiful people – just look at Librans Kim Kardashian and Zac Efron!

They are devoted partners

In the wild, rabbits tend to stay in pairs. Some rabbits even mate for life! Libras are similar in nature, as Libra rules the seventh house in Astrology. The seventh house rules over partnership, love, marriage, and close relationships.

Librans are very loyal, committed people just like rabbits. Rabbits live in pairs, or groups, and tend to be rather social creatures. It’s advised that those who keep rabbits as pets give them a companion, so that they don’t get lonely. Libra is the sign associated with one-on-one relationships, and is a very social sign.

The dove is a beautiful bird that represents peace and harmony. There are many reasons that it represents Libra:

Once a dove has chosen a mate, they mate for life. If one of the doves in the partnership dies, they will never mate again. Libra is ruled by Venus, the planet of love, marriage, and partnership. Libra is a very loyal sign and can be rather devoted to their mates.

Doves are known to symbolize love, peace, and harmony. All of these characteristics represent that foundation of Librans as we know it. Libra is a pure sign which is represented in the pure white color of the beautiful dove. Libra is the opposite of Aries – a sign associated with war and aggression. Libra is all about peace, love and justice.

The Mourning Dove is known for being quite lazy. One of the key characteristics of a Libra is that they can be quite indolent, simply enjoying lazing about and enjoying the beauty of life. Doves are also well known for being friendly, just as Librans are.

According to the Native American Indians’ “Earth Astrology,” Ravens are the animal associated with the Zodiac sign of Libra.

There are different reasons that the raven represents Libra. Here they are:

Ravens are well known for being rather social. Rarely will you see ravens alone. Usually, they are feeding, or flying together, in an “unkindness” (term for group of ravens). They always feed in small flocks.

Librans are known for being very social creatures. Libra rules over the seventh house in Astrology which is associated with partnership, marriage, relationships, and close friends. Venus, Libra’s ruling planet, is associated with being social.

They represent peace and harmony

Ravens are known for being peaceful and harmonious. You won’t see ravens squawking or fighting with one another very often. They like to keep the peace and equality within the group. Ravens always remember anyone who’s been kind to them, just like Librans.

Ravens are intelligent and friendly

Just like Librans, ravens are intelligent and curious creatures. There was an event that’s been studied, where a young girl was very kind to some ravens. She fed them and cared for them. Over time, the ravens would bring her shiny gifts to thank her for her generosity. Similarly, if a Libra likes you and gifts you, the gifts will always be beautiful!

The swan is one of the most beautiful and peaceful of all birds. Here are the reasons it connects to Libra:

Swans are known for gliding gently and peacefully on the water. If you look at the way that swans put their heads together, they even often form a heart. They are a symbol for love and peace, just like the sign of Libra.

Swans tend to mate for life. They are devoted, peaceful creatures just like Librans are. As mentioned above, the heart symbol that two swans often form when resting on one another is a perfect symbol for Libra. As mentioned, Libra is ruled by Venus, the planet of love. The devotion of swans form an ideal depiction of the classic Libra.

Swans are gorgeous creatures. If you watch them gliding along the water, you get a sense of peace. Their lovely white color symbolizes peace, harmony, and purity, much like Libra. A famous poet once said that the most beautiful characteristic of a swan is that, no matter how much time has passed, the beauty and peaceful nature of it never changes.

The wolf is a striking and courageous animal.  Here are some reasons they are the spirit animals of Libras:

You won’t often see a wolf wandering around on its own. Wolves are known for being pack animals. They hunt, eat, and sleep together, much like Libras prefer. They live together because they are strong as a unit. Wolves are known for utilizing their sense of cooperation to succeed when hunting. Libra and its ruling planet, Venus, rule cooperation and close relationships.

They are strikingly beautiful

Seeing a pack of white wolves treading through the snow together is a striking sight to behold. White wolves symbolize the innate beauty within every Libra. Their pure white coats symbolize purity, courage, love, and compassion just as Libras do.

They are a symbol of prosperity

These wolves are known to symbolize prosperity and faith. The Native American Indians associate the sign of a white wolf, while hunting, with good luck, protection, and loyalty.

Libras are the most beautiful and peaceful people to make friends with. They will stick with you until the end. Their sense of peace, fairness, and justice should be an example for us all. Whether you regard Libra’s spirit animal as the rabbit, dove, raven, swan, or white wolf, you will always remember their striking beauty and sense of comradery.