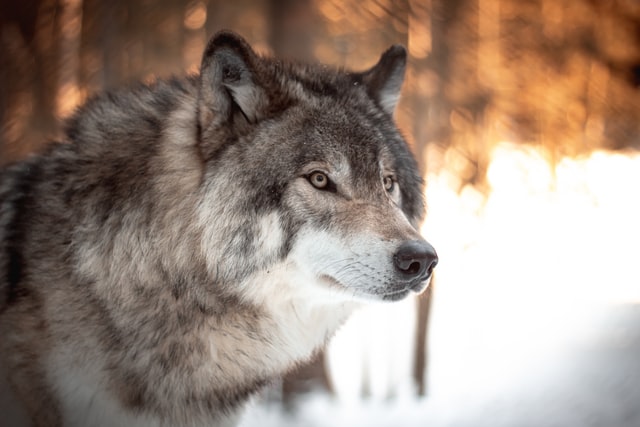 In astrology, only Virgo and Aquarius have humans depicting them. The rest are depicted by animals. Pisces is represented by two fish, connected by a chord, swimming in two different directions. In Greek mythology, the two fish are Aphrodite and her son Eros, who  turned into them to escape Typhon, the hundred-dragon-headed monster. Venus (Aphrodite) is exalted in Pisces.

The very best Pisces spirit animals – the ones that represent Pisces men and woman in personality and traits are below.

Dolphins are beautiful creatures that have captivated many for a very long time. Here are some of the reasons that the dolphin is the #1 Pisces Spirit Animal.

Dolphins are one of the smartest creatures alive. Many people underestimate Pisces, but they are very intelligent, just in different ways, as their thinking is so different. They really think out of the box.

These creatures help those in need

There are countless stories of how dolphins help people in need. Many people have spoken about stories where they were drowning and dolphins came to their aid. Just like dolphins are prepared to help others in need, so do Pisces do the same. Pisces people are always there for those most in need of help. They will go out of their way for those suffering.

They swim away from danger

The cougar symbolizes Pisces, according to the Native American people. These are the reasons why the cougar is seen as one of the ideal Pisces spirit animals:

Cougars will snarl when cornered

These magnificent large cats tend to be silent; however, when they are cornered, they will growl, snarl and spit. People often really get the wrong impression of Pisceans, thinking they are so timid. However, if a Pisces is directly attacked, they can crush, attack and defeat the person attacking.

Remember, Pisces is a Water sign that symbolizes the ocean. When a Pisces is furious, a tidal wave of emotion pours over them, and the anger inside of them can almost make them black out and just attack on pure adrenalin.

Just like cougars, female Pisceans don’t have a problem being the aggressor in love. They will flirt and let a guy know they’re into them. Although they do prefer being pursued, they aren’t shy to pick up the phone, text and call the guy they’re interested in.

Many Pisces are very beautiful – just take a look at Cindy Crawford, Drew Barrymore and Justin Bieber. They often have large almond eyes, pointed chins and beautiful flowing hair. Cougars are also one of the most beautiful of the large cats.

Wolves are very spiritual creatures, connected to the wilderness and the moon. There is a reason that author Clarissa Pinkola Estes titled her 1989 best-selling book, “Women who Run With the Wolves.”

There are many reasons that many Pisces think that the wolf is the best Pisces spirit animal. Here they are:

There are lone wolves

Although wolves generally are found in packs, you do get lone wolves. Pisces is an introverted sign, and these people recharge only when they are in their own company. Pisces can be in their own space, alone, for a very long time.

Wolves are spiritual animals that connect to the wilderness. They are revered by many cultures. Pisces people are extremely spiritual by nature, and have a close connection to God without being religious – they speak to God all the time.

They are caring and playful

Just like wolves who are caring and playful with other members of their packs, so do Pisces care for others, and are extremely playful. When a Pisces’ guard is down, and they trust the person they are with, they can truly act so silly, goofy and playful – they can be very funny too!

Chameleons are beautiful animals that change color according to their environment.” Here are reasons why they are a top contender

They absorb their environments

When threatened they change color to hide or run

These animals are shy and cautious

Just like chameleons who can be very shy and cautious creatures, so too are Pisces people very shy in situations, and extremely cautious when dealing with people. All Pisces are gullible when younger and get burnt by others. As they mature, they learn to be cautious around others.

Butterflies are symbols of metamorphosis and freedom. Here are some reasons they are the spirit animals of Pisces:

“Butterflies are free,” is a phrase that many people tattoo on their bodies. These creatures flutter once they change from caterpillars, and are free to fly wherever they please, even though they don’t live long lives. During the moments they can fly, they are freer than ever.

Pisces people are an accumulation of all 12 signs within them, and have many different personalities over one lifetime. Their personalities can completely change based on certain traumas, or moments of joy, they go through. After these events, they come out as different people, just like the metamorphosis of a caterpillar into a butterfly.

Butterflies taste through their feet

Obviously humans do not taste through their feet, but the butterfly does this, making it an important daily action. Since this is rare in the animal kingdom, it is noteworthy that Pisces rule the feet. Pisces have to warm up and cool down their feet when exercising. They may experience pain in their feet when wearing the wrong kinds of shoes. It is exceptionally important for Pisceans to visit the podiatrist at least twice a year!

Pisces are mystical human beings, and being with them often makes you feel like you’re being transported to another world. Whether you’re dealing with a dolphin, cougar, wolf, chameleon, or butterfly, know that you’re with an emotional, sensitive and psychic soul that you can always talk to.

Which Pisces spirit animal do you identify most with? Leave a comment below!