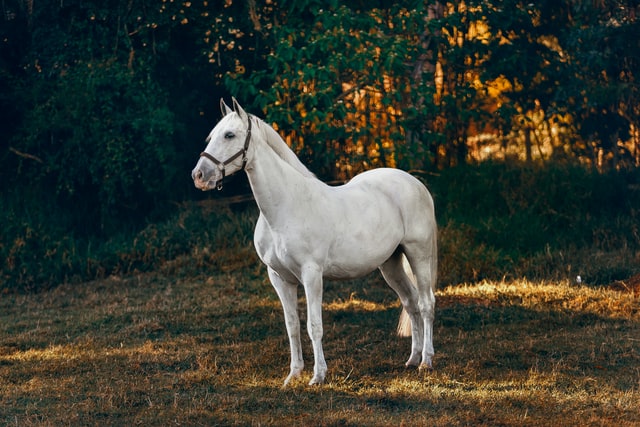 The horse is the animal most symbolic of Sagittarius. These are the reasons why:

There’s nothing more beautiful than watching a horse run free and wild. This is the spirit of Sagittarius. They are one of the most freedom loving signs of all! This is why they usually marry late in life.

They are quick learners

These animals can travel long distances

They are able to travel over very far distances, and are amazingly fast runners. Sagittarius rules the 9th house of international travel. Sagittarians will always have a life where many trips overseas are included!

The blue whale is one of the most revered animals in the ocean. These are the reasons it is one of Sagittarius’ spirit animal:

They are the largest animal on Earth

Blue whales are the largest animals on earth. They can reach up to 79 feet, and weigh up to 330,000 pounds. Sagittarians are also larger than life people! They are ruled by Jupiter – the largest planet in our solar system.

These animals are known to eat a lot

The blue whale can eat up to 12,000 pounds a day of krill when it is feeding season. Sagittarians also eat a lot. They actually don’t always know when to stop, as they don’t have boundaries, and can pick up a lot of weight.

These beautiful creatures usually travel alone, or in pairs. Sagittarians are actually highly independent, even though they’re sociable. They love traveling the globe alone exploring things by themselves; it’s how they grow up.

Sagittarius is represented by the elk in Native American Indian “Earth Astrology.” These are the reasons why:

Elks are the most regal members of the deer family

These magnificent creatures are seen as the kings and queens of the deer family. Sagittarius is ruled by Jupiter, known as Zeus in Greek Mythology. He was the greatest god of all, the most regal you could say. That is the connection here to the elk.

They live in herds mostly of the same gender

Elks are very sociable creatures that remain in herds of the same gender. Sagittarians love to socialize, and always know what to say. They can also be extremely jovial and funny. Many of them have friends of the same sex, as they’re easy to get along with, and create such fun scenarios.

These animals have few natural enemies

Not many animals can take down a full grown elk, and not many people end up as the enemies of Sagittarians. They’re not interested in hatred and enemies, they just want a fun and exciting life that is also peaceful and spiritual.

Owls are birds that are in a class almost of their own. Here’s why they are one of Sagittarius’ spirit animals:

Owls are referred to as wise, and so are Sagittarians. Your typical Sagittarius is educated, philosophical, well-traveled, spiritual, sometimes religious, and exceptionally wise. Some Sagittarius children are even gifted, as they have “knowledge” well beyond their years.

Owls come out at night

These magnificent creatures mostly come out at night, to look for and catch prey. Sagittarians also love to “play” at night. In their younger years, they’ll club hop and go from bar to bar. They enjoy the night life, meeting new people, and all it has to offer.

These animals are associated with book reading and writing

Due to their symbolism with wisdom, owls are connected to book reading and writing. Sagittarius rules the 9th house of the Zodiac, which is all about the media, publishing, writing and even being an author! Famous Sagittarian writers include Mark Twain, Emily Dickinson, Joseph Conrad, William Blake, Jane Austen, C.S. Lewis and John Milton.

These stunning marsupials are only found in Australia and Papua New Guinea. They certainly are different from any other animal on earth. Here are the reasons they’re one of Sagittarius’ spirit animals.

These have large and strong legs

Kangaroos have exceptionally large and strong legs which they use to jump and kick with. In fact, they can jump up to 25 feet in length, and 8 feet high. Sagittarians are known to also have very strong legs.

In fact, they mainly put weight on their buttocks, hips and thighs. If someone isn’t a Sagittarius but they have a large lower body, or are pear shaped, they usually have Sagittarius on the ascendant.

They travel with their babies in tow

Kangaroos carry their baby joeys in their pouches (marsupia) when they need to get to places. Sagittarians are super independent but very loving towards their children once they have them. They love taking them when traveling to have adventures. They want their kids to explore the world with them.

Kangaroos are the largest marsupials

This animal can reach up to 200 pounds in weight – it is large. Sagittarians have larger than life personalities (and bodies sometimes). It is said in the Astrological world that Sagittarians are born “lucky.”

Their “large” lives will often include many opportunities that they must grab and explore. They can honestly have magnificent lives, as long as they are aware of boundaries.

Sagittarians push the world of media, books, fortune, education and travel. They are very important, as are all Zodiac signs. Whether you’re dealing with a horse, blue whale, elk, owl or kangaroo Sagittarian, know you’ll always have a lot of fun, and expect something a little different, and larger than life!

Which Sagittarius spirit animal do you best identify with?