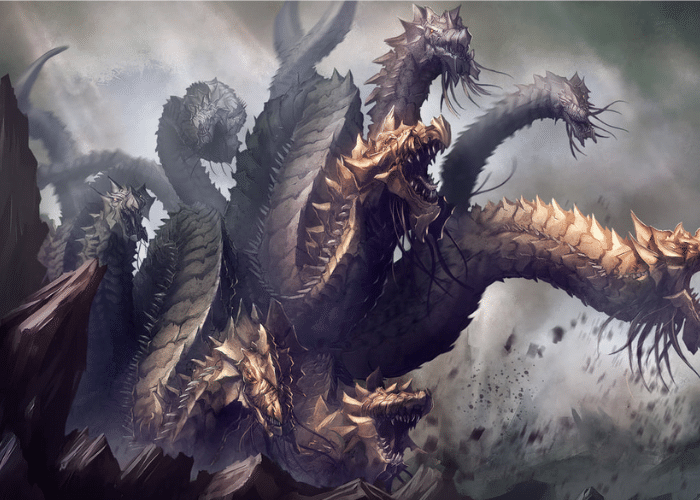 Aries are the warriors of the zodiac, and are always ready for battle. This is the reason that dragons depict them so well. They are fearless mythological creatures that breathe fire, which makes perfect sense, as Aries is a Cardinal Fire sign.

Dragons are revered by the Chinese in their Astrological system, and are highly respected as one of the most powerful creatures of their Zodiac!

Hobbits are mythological creatures that came out of the mind of J.R.R. Tolkien, author of Lord of the Rings, published in 1954. Hobbits are humble earth dwellers that are fat and love to eat, a trait similar to Taureans, as nobody loves their food more than Taurus (besides Cancer). They also love living in their beautiful homes that are intertwined with nature. Taurus is a sign that likes to be hands on – cut their own wood, make their own tables and be in the garden as much as possible – just like hobbits who love being in nature.

Geminis move fast, and are here, there and everywhere – they get things done quickly! The Sleipnir comes from Norse mythology and is a giant horse with 8 legs, and it can move across land, air and water. Apparently it is the fastest mythological creature of all time.

Werewolves change according to the full moon. When it is full, they turn from humans into a scary mythological creature. Cancerians are deeply connected to the Moon, as it rules their sign. These people change their moods according to the different phases of the moon. When there is a full moon they become especially moody, even aggressive and over emotional. This is the reason why a werewolf is their mythological creature.

The myth of the werewolf goes as far back as Greek mythology, when Zeus turned a mortal male named Lycaon into a wolf, for serving him a meal made from human flesh. In Astrology, Zeus is Jupiter and rules Sagittarius. Sagittarius is a Mutable Fire sign, and Cancer is a Cardinal Water sign and the two really don’t mix well. This ties in well to the mythology of Zeus and Lycaon.

The Sphinx has a human head and the body of a lion. It is found in Greek and Egyptian mythology. In Egypt, people respected the sphinx, as it had regal power, just like Leo (King of the Jungle). The Sphinx is found today in Egypt where people can see it among the great pyramids. People see it as a magical structure, and respect it greatly, just the way people respect Leos.

The Sphinx in Egypt represents a form of the very potent sun god Ra-Horakhty, the incarnation of all power that is royal, and protector of the sacred temple doors. The Sun is the only star in our Solar System and is the ruler of Leo.

Elves look like humans, and are extremely beautiful with pointed ears. They usually have slender or athletic builds just like Virgos, who put a lot of effort into working out and keeping a great figure. Some elves have healing powers, and Virgos are connected to medicine and health.

Medusa was a creature in Greek mythology that was a woman with snakes for hair. She was the goddess of beauty and art, as well as philosophy. Instead of fighting, she would turn people into stone. Librans hate war and don’t want to fight. Today, she is Versace’s symbol. Medusa was also very beautiful, just like so many Librans who are the symbol of beauty.

No other mythological creature (besides the Phoenix) suits Scorpio more than the vampire. Scorpio rules the 8th house of the Zodiac, which represents other people, death, inheritance, birth, transformation and the orgasm. Scorpios use other people to get what they need, and want, and can be very manipulative.

In order for vampires to survive, they must drink the blood of others. They usually do this by biting the neck, an erogenous zone of the body. Sex and death are always combined with vampires, as they seduce their victims.

The centaur is a mythological creature, with the upper body of a human, and the lower body of a horse. This creature shoots at objects with a bow and arrow. The constellation of Sagittarius is based on the centaur. Sagittarians usually carry most of their weight around the hips and thighs, just like the strong bodies of horses.

The Unicorn is a magical horse with a horn on top of its head. It can turn invisible, and has lots of magical powers. It is connected to goals, as it can make your dreams come true, the way that Capricorns are one of the hardest workers, and can make their, and other people’s dreams come true. It is also very strong, just like a Capricorn is stable, in its Cardinal Earth element. Unicorns, like Capricorns, can also see through the truth and detect both good and evil.

In business, a “Unicorn” company is a start-up worth over $1 billion dollars. This is very rare, and the reason it is referred to as a “Unicorn” company. Capricorns are such hard workers that they can create Unicorn companies more easily than any other sign.

The Hydra is a mythological creature with many heads. Aquarius is a Zodiac sign that represents the rational mind and thinking. This mythological creature represents teamwork and open-mindedness. Aquarians are extremely open-minded, and don’t really judge others, as they see things so objectively. They are also extremely good when it comes to teamwork, as Aquarius rules the 11th house of the Zodiac, which rules friendship, humanity and goals.

No other creature symbolizes Pisces more than a mermaid. Mermaids are girls and women that live in the ocean, with human upper bodies, and fish tails instead of legs. Ariel is a fictional mermaid and daughter of Neptune, king and lord of the ocean, and ruler of Pisces. Mermaids are mythological creatures that are usually very beautiful with long hair, and are very desired by human men. Pisces women are often very mystical, and often very desired for their mysterious and dreamy beauty.

All these mythological creatures symbolize the Zodiac signs in all different ways. The thing they all have in common, is that they are all magical in their own way, and have their own special powers, yet congruently make up the world of mythology. Explore your mythological creature, and see what you can learn from it!